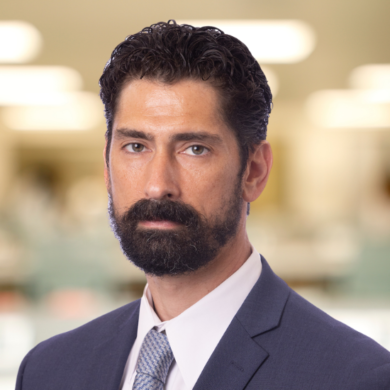 Jason R. Gosnell is a Partner at the firm.  After clerking for the Presiding Judge of the New Jersey Appellate Division, James M. Havey, Jason joined Hoagland Longo in 2003 as an Associate in the Transactional Department.  Thereafter, in 2005, he accepted a foreign clerkship with the Chief Justice of the Israeli Supreme Court, Aharon Barak.  After working for four years in Israel as a commercial and corporate attorney, Jason rejoined the firm in 2010.  In addition to transactional law, Jason’s practice areas include environmental law, healthcare law, immigration law, appellate advocacy, administrative law and tenders, litigation, dispute resolution, and regulatory compliance.

It is Jason’s eclectic resume which enables him to work in many of our litigation and transactional departments.  Similarly, it is his unique background that provides Jason with a broad perspective on legal issues and allows him to successfully advocate for his clients on novel issues in both the court and the board room.

Recently, Jason co-authored a series of articles in New Jersey Defense, which discuss various elements of successor liability law in New Jersey and has also produced several presentations on a diverse set of topics for the Middlesex County Bar Association, the Claims and Litigation Management Alliance and the National Forum for Environmental & Toxic Tort Issues.

In 2013, Jason earned an M.A. in Jewish Studies successfully defending his thesis “Synagogue Consolidation in Post-war New Jersey.” He has lectured at Rutgers University, Carleton University, the Jewish Historical Society of Central Jersey, and the Irish Society for the Study of the Ancient Near East.