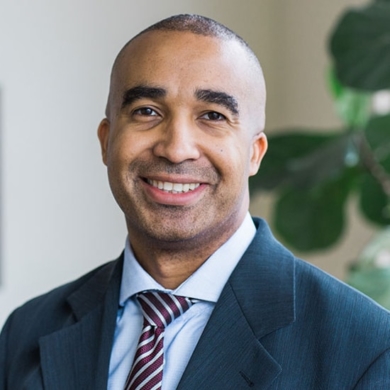 Chad M. Moore is a Partner with the firm who leads the Civil Litigation and Commercial Litigation practice group. He is the firm’s Partner in Charge of the Hammonton Office. Chad is also the Chair of the Technology Committee responsible for guiding the direction of the firm’s technology to keep up with industry trends.

Chad’s practice includes all areas of litigation.  He has tried a great number of jury trials to verdict with an overwhelming success rate for his clients.  He is Certified by the Supreme Court of New Jersey as a Civil Trial Attorney, a distinction bestowed upon less than 2% of attorneys who demonstrate an efficient level of knowledge and skill in the field of civil trial practice, satisfying the standards of the U.S. Supreme Court and American Bar Association.

He is generally regarded as one of the more successful trial attorneys in the State of New Jersey.  Chad has successfully handled matters in the areas of Personal Injury, Automobile and Premises Liability, Professional Malpractice, Insurance Coverage and Bad Faith Litigation, Contract/Indemnification disputes, Risk Management, Environmental Torts and Personal Injury Protection (PIP).

Chad’s success also extends to work performed in the Appellate Division where he has helped shape the law on the use of expert testimony at trial.  In the published decision of James v. Ruiz, the Appellate Division upheld Chad’s position regarding the bootstrapping of expert testimony. Chad originally tried the underlying case before The Honorable James P. Savio, J.S.C. in the Superior Court of New Jersey, Law Division, Atlantic County.  At the trial level, Chad won the case when the jury unanimously agreed that the plaintiff failed to prove a permanent injury.  The Plaintiff appealed the decision arguing that he should have been able to use the opinion of a non-testifying doctor in his summation, however, Chad successfully argued once again in the Appellate Division upholding the verdict.  The opinion has already had a substantial impact on Trial Practitioners and the use of expert testimony at trial. He is in high demand as a speaker on the decision.

In addition to being published in the Appellate Division, Chad’s cases have been featured in Jury Verdict Review and the New Jersey Law Journal. In 2009, he was recognized as a Top 40 under 40 by the New Jersey Law Journal. He has been selected for inclusion in New Jersey Super Lawyers since 2019 and in its "Rising Stars" list from 2007-2013. Chad is also a faculty member for NJICLE, giving seminars on Evidence, Discovery, Civil Trial Practice, Insurance Law and Liability.  He is a Board Member and lecturer for the Trial Attorneys of New Jersey (TANJ) and President of the New Jersey Defense Association (NJDA).

Away from the law, Chad has a passion for Music and Arts and the Non-Profit Community.  To that end, he volunteers countless numbers of hours as a volunteer music teacher at several schools in southern New Jersey. He is currently Artistic Director for United Percussion and Arts, (www.unitedpercussion.org) a New Jersey non-profit 501(c)(3) which is dedicated to developing young people in the performing arts. He is also an active member of the WGI Percussion Advisory Board. In addition to teaching in the Arts, Chad had the honor of performing with the hit percussion group "STOMP" and was featured in the award winning film "Pulse: A STOMP Odyssey."