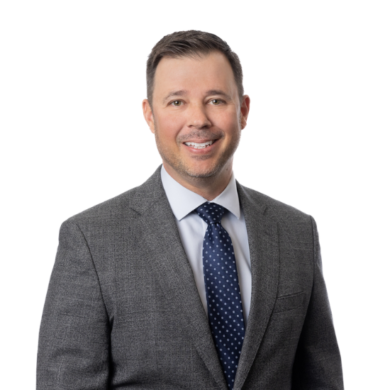 Actively involved in the legal community, Jacob is the Vice Chair of the New Jersey Defense Association’s Environmental Law Committee and was a member of the Justice Stewart G. Pollock Environmental American Inn of Court.  Since 2009, Jacob has served as an accredited professional in Leadership in Energy and Environmental Design (LEED AP) and was instrumental in the formation of Hoagland Longo’s Green Building Practices Group.

Prior to joining the firm, Jacob served as a law clerk to the Honorable Bryan D. Garruto, in the Law Division of the Middlesex County Superior Court.  While in law school, Jacob received a Pro Bono award in connection with his participation in the Bankruptcy Project, VITA Tax Assistance, Security Deposit Project and Holocaust Survivor Project.

In March of 2015, Jacob presented arguments to the Supreme Court of New Jersey in Ross v. State Farm Fire & Casualty, et al.  The Ross Court granted Certification to review whether the Plaintiffs had a viable nuisance claim against their neighbors based upon the failure to mitigate contamination within a reasonable amount of time that they were not otherwise liable for under § 822 of the Second Restatement of Torts.  The Court also granted Certification to review whether the Plaintiffs should be considered third-party beneficiaries to the contracts of insurance entered into by their neighbors and able to proceed directly against the insurers for damages sustained as a result of an alleged delay in completing the remediation.  On August 6, 2015, the Supreme Court of New Jersey affirmed the trial court and Appellate Division’s decisions.

In May of 2012, Jacob successfully argued NJDEP v. Dimant before the Supreme Court of New Jersey, in which the Court upheld the Appellate Division’s decision that the NJDEP failed to establish liability against the operators of two separate dry cleaning establishments which allegedly caused regional groundwater contamination for which the NJDEP sought investigative and cleanup costs.  On September 26, 2012, the Supreme Court of New Jersey affirmed the Appellate Division’s decision.  The unanimous decision of the Court noted that although the NJDEP need only show a discharge to obtain injunctive relief under the Spill Act, “in order to obtain damages, authorized costs and other similar relief under the Act, there must be shown a reasonable link between the discharge, the putative discharger and the contamination at the specifically damaged site.”

Beyond his legal practice, Jacob attends and presents at various seminars and publishes articles and updates on emerging trends and developments.

The article “Have the Tides Changed in Favor of the Defense in Environmental Litigation?”, published in the winter newsletter of the New Jersey Defense Association, discusses the ruling and impact of Ross v. State Farm by the defense bar in light of the Supreme Court’s recent plaintiff-friendly decisions in Morristown Associates v. Grant Oil and Magic Petroleum v. ExxonMobil Corp.

Jacob was also featured in the New Jersey Defense’s newsletter with a published article titled, “The Appellate Division Clarifies the Law of Nuisance, Trespass and Strict Liability in Connection with Environmental Claims and Denies the Expansion of a Breach of Good Faith and Fair Dealing to Third-Party Insurers”.  The article discusses the Appellate Division's decision to uphold the trial court's decision in Ross v. State Farm Fire & Casualty, et al., which was also published in the 2015 Middlesex County Bar Association’s fall newsletter, The Middlesex Advocate

Other Articles – Authored and Co-Authored: