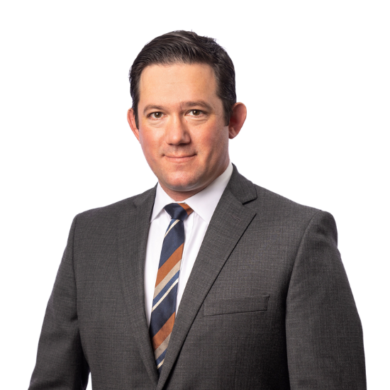 Joseph Petrillo is a partner in Hoagland Longo’s Construction Law Department where he focuses on cases involving construction defect claims, professional liability matters, and consumer fraud.  He is admitted to the bar in New Jersey, New York, and the United States District County of New Jersey.

Prior to joining Hoagland Longo, Joe was as an Associate for a firm in Toms River, NJ where he primarily handled matters involving insurance defense and litigation, including slip and fall, automobile, and construction liability.

Beyond his legal practice, Joseph has served as a Guest Lecturer on “Legal & Professional Issues for the New Jersey Engineer” at Rutgers University’s School of Engineering since 2015. In addition, he attended the American Board of Trial Advocates’ (ABOTA) National Trial College, an intensive training in trial techniques hosted by Harvard Law School. In 2021, Joseph was selected for inclusion in New Jersey Super Lawyers "Rising Stars" list.

Throughout his career, Joseph has been successful in attaining the desired results for his clients in a number of different matters.  Some examples include: