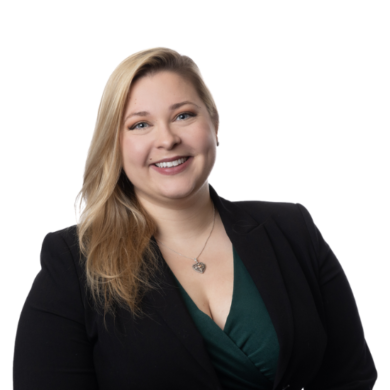 Kristin Gummoe is an Associate in the firm’s General and Automobile Liability Department, where she focuses on the defense of personal injury claims arising from auto liability, slip and fall, and subrogation disputes. She has also experience in the litigation of environmental and toxic tort matters.

Kristin received her undergraduate education from Stockton University, where she served as T.A. to the Pre-Law Advisor Professor, Linda J. Wharton, and received her M.B.A. from Rutgers University.  She earned her J.D. degree from Rutgers Law School, where she served as a Staff Editor on the Journal of Law and Public Policy  and was a Hunter Moot Court Appellate Advocacy Winner. She was also a Marshall Brennan Fellow and received the Dean’s Pro Bono Publico Award for Exceptional Service by completing over 100 hours of Pro Bono Service.

Before attending law school, from 2009 to 2015, Kristin worked as the Executive Assistant to the Director and Spanish Interpreter for ASAPP Healthcare, Inc., a New Jersey Nonprofit Corporation.