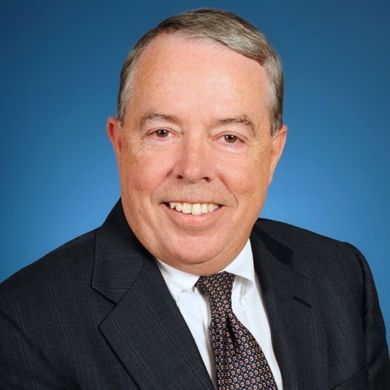 Thomas B. Leyhane has over 40 years of experience in the trial defense of physicians and medical providers and extensive experience in counselling physicians, medical groups and hospitals regarding all aspects of medical practice, including general negligence claims such as sexual assault, opioid addiction and general addiction claims. He has lectured and conducted seminars regarding medical practice, and medical liability matters to physician, insurance and legal groups.

Tom has over 300 trial wins in his career defending medical malpractice claims, achieved through his hard work and dedication.

Tom commenced his practice of law with the firm of Shanley & Fisher in Newark, New Jersey, joining that firm's partnership in 1981. He focused on litigation matters including medical malpractice, health care law, aviation law and products liability. In 1984, he accepted a position as a senior partner at Dughi & Hewit, based in Cranford and Mount Laurel, New Jersey. In 1993, he accepted the position as the first staff counsel for the MIIX Group of Insurance Companies concentrating on defense medical malpractice litigation. Tom became Of Counsel to the firm of Lenox, Socey, Wilgus, Forntidoni, Brown, Giordano & Casey in Trenton, New Jersey in 2002 and joined Hoagland Longo as Of Counsel in May 2004.

Tom engages in volunteer activities for a variety of organizations, including the Medical Center at Princeton, the Rescue Mission in Trenton and Crawford House, a  halfway house for women in recovery from drug and alcohol abuse.