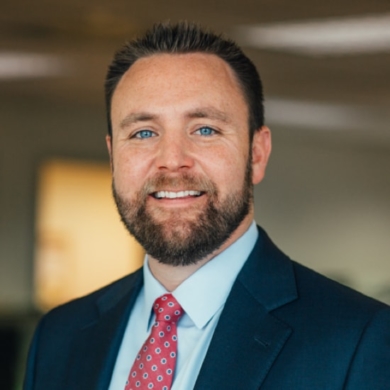 In addition to his insurance litigation experience, Bill dedicates a considerable amount of his practice to representing individuals and corporations accused of various crimes and offenses throughout New Jersey.  Since 2009, Bill has handled all types of Municipal, Juvenile and Superior Court matters including drug offenses, assault charges, non-violent offenses, driving while intoxicated (DWI), expungement/sealing of records, driving with a suspended/revoked license, speeding tickets, other traffic related offenses and more.

Bill's extensive experience in direct and cross examination and has enabled him to serve as an adjunct professor for the Division of Criminal Justice Training Academy in Sea Girt, NJ. Through this academy, Bill has trained police officers, state troopers and Drug Recognition Experts (DRE) in cross-examination techniques used by defense attorneys, and how to deal with these techniques during pre-trial suppression motions, pre-trial hearings and trials.

Bill is also the Municipal Prosecutor in the Township of Aberdeen, Borough of Red Bank, Borough of Sea Bright and Borough of Lake Como.  Prosecuting in these Municipalities, Bill is responsible for handling criminal offenses such as drug charges, assault, theft, shoplifting, domestic violence and other disorderly person and petty disorderly person charges.  He also handles the prosecution of all motor vehicle infractions such as moving violations and DWI cases.  Bill has gained signification trial experience in these positions, having taken over 50 cases to verdict.

The American Institute of Criminal Law Attorneys (AIOCLA) has recognized Bill McGuinn for his exceptional performance as a New Jersey Criminal Law Attorney and listed him under the 10 Best Criminal Law Attorneys for Client Satisfaction in 2016.  The AIOCLA is a third-party attorney rating organization for each state, and selects attorneys based on a rigorous selection process which includes client and/or peer nominations, thorough research and independent evaluation.

Bill received his B.A. from the University of Connecticut, his M.B.A from the Quinnipiac University School of Business, and his law degree from the Quinnipiac University School of Law in 2008.  Bill then completed a one-year Superior Court Clerkship for the Honorable Phillip H. Mizzone, Jr., J.S.C., in the Criminal Division, Passaic County.  In that position, Bill gained a wealth of knowledge and understanding of the criminal field, working closely with Judge Mizzone, advising him on a broad range of criminal issues including motions to sever, dismiss, suppress, research and draft legal opinions. He is admitted to the bar in New Jersey, New York, and the United States District County of New Jersey.

Bill is actively involved in his community, serving as a coach for the St. Clement’s Youth Basketball Association.  He is also an active member of both the Boomer Esiason Foundation in the fight against Cystic Fibrosis and the Joe Girardi - Catch 25 Foundation, which provides support in the form of counseling, scholarships, financial aid and charitable donations to children dealing with the loss of a parent.