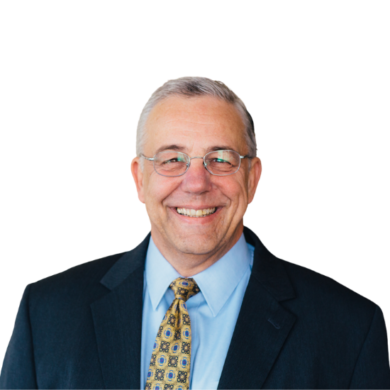 Andrew J. Carlowicz, Jr. serves as Co-Chair of the Construction Law Department at Hoagland, Longo, Moran, Dunst & Doukas and has been at the firm since he began practicing law in 1983. Andy is also a member of the firm's executive management committee. His practice is devoted exclusively to representing clients in the construction industry in connection with complex construction cases and disputes.

Andy has litigated thousands of cases in the New Jersey Superior Courts, the United States District Court for the District of New Jersey, and before the American Arbitration Association (AAA), Construction Division. While remaining a tenacious advocate for clients involved in construction claims, over the years Andy learned that most clients need a "problem solver" and he advocates such an approach as circumstances dictate. Since 2014, Andy has served in the capacity of a mediator or arbitrator in construction-related disputes through AAA or through direct retention. In 2022, he was selected to serve as a construction claim mediator on the AAA Master Mediator Panel.  The Panel is comprised of the top mediators as rated by counsel with proven leadership and accomplishments in the construction industry and dispute resolution field. According to AAA, the panel of mediators is selected by a rating committee made up of advocates and in-house counsel representing clients in complex, high stakes disputes. Andy is also on the roster of the New Jersey Superior Court approved mediators.

Andy is a member of the New Jersey State Bar Association's Construction Industry Section, and has appeared as a guest lecturer for the group. He is also an affiliate member of the American Council of Engineering Companies of New Jersey. Widely recognized as a leader in his field, he is consistently ranked by Chambers USA for his experience in construction disputes as well as in mediations and an arbitrations, with Chambers sources praising him as "one of the best in architect and engineer malpractice." In addition, Andy has been selected by peer review for inclusion in The Best Lawyers in America since 2009 in the Construction Law and Litigation - Construction areas, including as "Lawyer of the Year" in 2015, 2017, and 2020. In addition, he has been consistently selected for inclusion in New Jersey Super Lawyers each year since its inception in 2005 and among the "Top 100" in the State since 2018.

In the 1990’s, Andy devoted a substantial amount of pro bono time to the lobbying efforts of the New Jersey Society of Professional Engineers in their efforts to achieve passage of the Affidavit of Merit Statute. Since the mid-1990s, he authored many articles relating to legal issues that affect the construction industry. Passionate about teaching and sharing his knowledge with construction professionals, Andy has regularly presented risk management seminars over the last twenty years at the request of various organizations. He also served as a guest lecturer at the New Jersey Institute of Technology (NJIT), the Stevens Institute of Technology, the School of Architecture at Princeton University, as well as the Annual “Judicial College” for New Jersey Superior Court Judges.

Andy served as Counsel of Record for parties in the following important, published court decisions arising out of these significant construction cases:

Beyond his legal practice, Andy thoroughly enjoyed the opportunity to coach the Stuart Country Day School's high school mock trial team from 2005 until 2016. During the 2006-2007 competition, their team won the Mercer County championship and they advanced to the regional finals for the first time in the school's history. His daughter, Cecilia, who has since graduated college, was one of the team's lawyers that year. His younger daughter, Agnes Claire, was on the team until she graduated in May 2013 and she served as one of the team's four lawyers as well.  In the 2013-2014 season, Agnes' team won the Mercer County championship again and advanced to the regional competition. Neither Cecilia nor Agnes practice law as their talents lie elsewhere, but their experience as “lawyers” was incredibly memorable and enjoyable.