Andrew J. Carlowicz, Jr. has been named to The National Law Journal's list of 2017 "ADR Champions". The National Journal noted Andrew J. Carlowicz, Jr. for his "extensive experience mediating complex construction disputes" and his "ability to look at the facts" and "objectively know what the settlement value of the claim is thereby saving his client's time and expense."

He is also retained directly by parties as an arbitrator or mediator, and he is currently in the process of being named to the New Superior Court’s Mediator Panel for construction disputes. Serving in these two Alternative Dispute Resolution (ADR) fields has become the fastest growing part of his professional practice." To read more, click here. 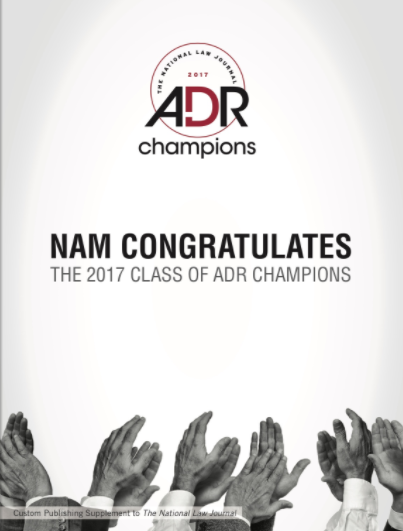