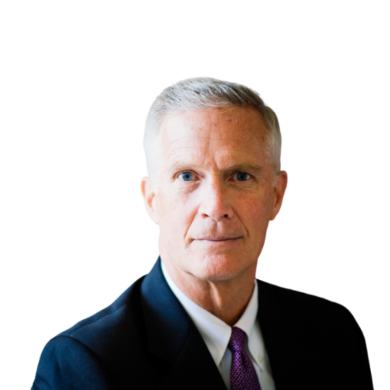 Robert G. Kenny is a partner in the firm’s Transactional Group and a member of the firm’s Executive Committee, charged with management and leadership, as well as the professional oversight of the firm’s attorneys.

Bob’s practice focuses on the defense of general negligence matters, including professional liability cases involving the defense of lawyers, architects, engineers, accountants, doctors, dentists, nurses, hospitals, nursing homes, long term care facilities, assisted living facilities and skilled nursing facilities. He also represents various professionals before the State Licensing Boards and credential review boards. Further, his vast litigation experience includes defending products liability matters, construction, and labor and EEO matters. Bob served as a Municipal Attorney, and his experience includes many investigations with regard to allegations of discrimination in the workplace, harassment, hiring and firing of employees, and related labor and employment matters. He has represented state, county and municipal entities in litigated matters. He also concentrates on complex business disputes and recently obtained a multi-million-dollar verdict in favor of an oppressed shareholder. In addition, Bob focuses on estate litigation and most recently successfully defended an estate valued at $20 million.

In his U.S. Air Force position, Major General Kenny was responsible for the professional oversight of more than 900 Reserve Judge Advocates and Paralegals in the Judge Advocate General’s Corps, assigned to more than 200 offices at every level of command. He was responsible for the development of Corps-wide policies affecting all Air Force Reserve component members, and managed the recruitment, training, utilization, and deployment of Reserve legal forces worldwide. Further, he assisted the Judge Advocate General in the professional supervision and management of 4,400 Active-Duty, Guard, and Reserve personnel assigned to the Judge Advocate General’s Corps. In addition to overseeing a vast array of military justice, international, operational law, and civil law functions, including litigation affecting Air Force interests, he provided legal advice to the Chief of the Air Force Reserve and Commander, Air Force Reserve Command. He was deployed on four occasions to the Persian Gulf area of operational responsibility in support of Operation Southern Watch, and was deployed to a classified location for Operation Enduring Freedom. He received the Reginald C. Harmon Award as the 1998 Outstanding Reserve Judge Advocate of the United States Air Force.

He served as an adjunct member of the Judge Advocate General’s School faculty as an instructor at the Advanced Trial Advocacy Course, the Trial/Defense Advocacy Course, and the Total Force Operations Law Course.