On Saturday September 16, 2017 Rutgers held a Military Appreciation Day at halftime of the Rutgers football game. Major General (ret) Robert G. Kenny, a partner at our firm, was honored for his service during the ceremony along with the other brave men and women.

We are proud to have Robert Kenny as a partner in our firm. For more information on Robert Kenny, please click here. 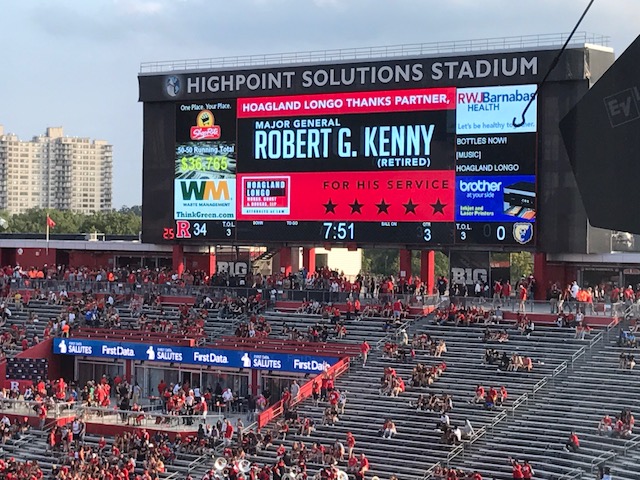