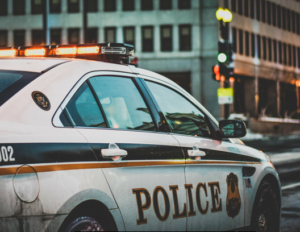 Defendants often face a dilemma when charged with a crime that involves serious injury or death to an innocent person. On the one hand, the defendant may wish to resolve the criminal charges through a plea bargain. But by entering such a plea, the defendant opens themselves up to a potential civil lawsuit from the victim or their family.

To resolve this dilemma, New Jersey court rules allow the sentencing judge in the criminal case to direct that the defendant's guilty plea “not be evidential in any civil proceeding.” This is known as a “civil reservation,” and it may be granted upon a demonstration of “good cause.”

But what exactly constitutes “good cause”? The Appellate Division of the New Jersey Superior Court recently addressed this question. The underlying case involves what the court described as the “tragic” death of an infant while under the care of a daycare owner. The trial judge denied the defendant's request for a civil reservation, but the Appellate Division reversed.

The basic facts not in dispute. The defendant was caring for a five-month-old infant. On the day in question, she placed the child on his stomach to take a nap. The child subsequently passed away in his sleep.

Prosecutors charged the defendant with second-degree endangering the welfare of the child. The defendant agreed to plead guilty to this charge. In exchange, prosecutors agreed to admit the defendant into a pre-trial intervention (PTI) program. This allows first-time offenders an opportunity at rehabilitation, and upon successful completion of the program there is “no record of conviction.”

Separately, the deceased child's parents filed a civil wrongful death lawsuit against the defendant. As the defendant has no insurance to cover a potential award of damages, she faces a “ruinous judgment,” in the words of the Appellate Division. For this reason, the defendant expressly requested a civil reservation when entering her guilty/PTI plea in criminal court.

But the judge denied the reservation, in part because the parents had yet to file their civil lawsuit. They actually filed about a month after the criminal judgment became final. The Appellate Division said the judge erred, because the civil reservation rule “does not make its applicability dependent on a filed lawsuit.” Indeed, the parents could have waited nearly two decades to bring their claim under New Jersey law. And the purpose of the civil reservation rule is to protect defendants from having to choose between going to trial on a criminal charge and entering a guilty plea that might be used against her in civil court.

The Appellate Division also said that a civil reservation is not dependent on whether or not the defendant completes a PTI program. Nor was the defendant required to provide “evidence of her pre-existing financial condition,” although she did explain how her lack of insurance left her without the resources to pay any civil judgment against her. The trial judge suggested the defendant could have challenged her insurance company's decision to disclaim coverage, but once again the Appellate Division said such a challenge is not necessary to assert a civil reservation.

Need Help Negotiating a Criminal Plea? We Can Help

At the end of the day, the Appellate Division's ruling clarifies the standards for granting a civil reservation in New Jersey. This provides useful guidance to future criminal defendants facing a similar choice to the defendant in the above case. If you are facing serious charges and need advice or assistance from a New Jersey criminal defense lawyer, contact Joseph Leone at jleone@hoaglandlongo.com or William McGuinn at wmcguinn@hoaglandlongo.com or call 732-545-4717 today.