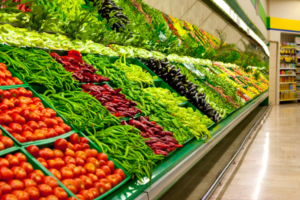 In the realm of premises liability, supermarkets are perennially at major risk for liability, considering that its patrons serve themselves by handling the products and goods, and are responsible for transporting them throughout the store and to checkout.  With potentially many customers in the store at once, it can be very difficult for a supermarket staff to monitor all potential risks and hazards when there are many sections of the store, which are further broken down into aisles.  Indeed, it is not uncommon for a supermarket to refrain from announcing over the P.A. system that a cleanup is needed, as by the time the employee arrives to the location, there will have been several wounded victims who just happened to be walking through the applesauce section at the time the spill was announced.

The potential liability of a supermarket owner has been compounded by application of what is known as the “mode of operation” doctrine.  In a traditional premises liability case, the duty owed to a person on an individual’s or entity’s property will be dependent on the guest’s status.  Trespassers receive the least protection, whereas individuals who attend a store or business open to the public will enjoy the most protection, this latter group of people are known as invitees.  Ordinarily, a proprietor owes invitees a duty to cure all known defects or dangerous conditions, and all defects the proprietor should have known about.  In short, the proprietor has a duty to remedy all dangerous conditions that the he or she could have known about with reasonable inspection.  However, while this heightened duty is imposed on proprietors, the plaintiff is still responsible to prove breach of that duty.  Thus, even if a dangerous condition on the property exists, a proprietor will not be liable unless the plaintiff can prove actual or constructive knowledge of the defect.

To provide an example, if a customer in a supermarket was carrying a closed jar of jam, and then dropped it, causing it to break, and immediately slipped on it, the proprietor would not be liable because the defect did not exist long enough for the proprietor to know about it, nor long enough for knowledge of the defect to be imputed.  However, change the hypothetical just slightly and the case becomes more difficult.  What if in the produce aisle loose string beans fall on the ground, and at some later time the plaintiff falls on them and sustains injury, but has no way of knowing how long said string beans were on the ground prior to the fall? In such a scenario, it can be difficult for the plaintiff to carry his or her burden to produce evidence of breach of the proprietor’s duty.  Enter the “mode of operation” doctrine.

This scenario was explored by the Supreme Court in Wollerman v. Grand Union Stores, Inc., 47 N.J. 426, 428 (1966), in which the plaintiff slipped on a string bean in the produce aisle and “[t]he proofs did not show how the bean fell to the floor, or how long it was there before her misadventure.”  The trial court applied the traditional premises liability rule, and found that the plaintiff failed to carry her burden of proving breach as there was no evidence the defendant knew or should have known that the bean had fallen and created a dangerous condition.  The Supreme Court reversed, explaining:

When greens are sold from open bins on a self-service basis, there is the likelihood that some will fall or be dropped to the floor. If the operator chooses to sell in this way, he must do what is reasonably necessary to protect the customer from the risk of injury that mode of operation is likely to generate; and this whether the risk arises from the act of his employee or of someone else he invites to the premises. The operator's vigilance must be commensurate with that risk.

As a result, the Supreme Court essentially shifted the burden of production as to breach from the plaintiff to the defendant to disprove breach of its duty.  The Court reasoned that the defendant was in a better position to come forward with evidence of what steps were taken to avoid the hazard.  The Court concluded “we are satisfied that where a substantial risk of injury is implicit in the manner in which a business is conducted, and on the total scene it is fairly probable that the operator is responsible either in creating the hazard or permitting it to arise or to continue, it would be unjust to saddle the plaintiff with the burden of isolating the precise failure.”  Id. at 430.

The “mode of operation” doctrine was later expanded in Nisivoccia v. Glass Gardens, Inc., 175 N.J. 559 (2003).  There, the plaintiff slipped and fell on loose grapes which were on the floor near the checkout area of the store.  There was no evidence as to how the grapes came to be on the floor near the checkout or how long they had been there, thereby making plaintiff’s burden to produce evidence of breach difficult to meet.  The evidence established that the grapes were displayed in open-topped, vented bags that allowed for spillage.  The trial court and Appellate Division declined to apply the “mode of operation” analysis described in Wollerman, reasoning that in this case the injury did not occur in the produce aisle, nor close enough to the checkout as to be part of the self-service operation, and therefore both courts concluded there was not a sufficient nexus between the mode of operation and the injury.

The Supreme Court reversed, recognizing that equitable considerations caused departure from the traditional premises liability analysis, and “motivated this Court to relieve the plaintiff of proof of that element in circumstances in which, as a matter of probability, a dangerous condition is likely to occur as the result of the nature of the business, the property's condition, or a demonstrable pattern of conduct or incidents.”  Id. at 563.  The Court reasoned that even though the grapes were not in an area in which the mode of operation necessarily created a hazard, grapes can be expected to roll and stray grapes in the entry area of the checkout was sufficiently foreseeable as to fall within the “mode of operation” doctrine.  The Court concluded the “mode of operation” included the customer’s handling of goods when checking out and the way in which the grapes were packaged.

Recently, however, the Appellate Division has taken a step to limit application of the “mode of operation” doctrine.  In Anderson v. Stop & Shop Supermarket Co., L.L.C., No. A-4060-14T2, 2016 N.J. Super. Unpub. LEXIS 2405 (App. Div. Nov. 3, 2016), the Appellate Division was confronted with an issue in which the plaintiff was shopping in the frozen food aisle when she claimed to have fallen on a substance on the floor.  The plaintiff did not know what this substance was, but claimed that right after she placed a sealed bag of French fries in her shopping cart, she fell on the unidentified substance and sustained serious injury.  Plaintiff offered no evidence as to what the substance was, where it came from, or how long it had been there.  After the fall, one of the store’s managers proceeded to the location of the fall and found the floor dry.  The trial judge granted summary judgment in favor of the store, and the plaintiff appealed, arguing that the store’s mode of operation relieved her of the burden to establish breach.

The Appellate Division rejected the plaintiff’s argument and affirmed, reasoning that the record lacked any facts establishing a nexus between the store’s mode of operation and the injury.  First, the court explained that without actually knowing what the substance was or how it came to be in the aisle, the substance could not be connected to the mode of operation of the store.  The court also distinguished the case from Nisivoccia because items in the frozen food aisle tend to be sealed and are not at risk of falling out.  The court then proceeded to apply a traditional premises liability analysis, and concluded there was no evidence that defendant knew or should have known about the defect.

The take-away is that while the “mode of operation” doctrine remains alive and well, a plaintiff must establish a nexus between the dangerous condition and the mode of operation of the store in order to get the benefit of the doctrine and an inference of negligence.  If the plaintiff cannot do so, he or she will have to produce evidence of breach.