Lawrence Powers, Co-Chair of the Construction Law Department, has been named a finalist in the Non-profit or Government Organization category in the 2015 NJBIZ General Counsel of the Year Awards program for his work as Counsel to AIA-New Jersey, the professional organization that helps architects serve the public’s needs and builds awareness of the role of architects and architecture in American society. The award program, produced by NJBIZ, New Jersey’s premiere business news publication, is sponsored by Update Legal, Update Discovery, Gibbons P.C., Archer & Greiner P.C., K&L Gates, Princeton Legal Search Group, Hudson Reporting and Garfunkel Wild.

The General Counsel of the Year Awards finalists will be recognized and the winners will be announced in each category during a breakfast awards ceremony on Tuesday, June 2, 2015 at the Palace in Somerset Park in Somerset, NJ.

For more information about the NJBIZ General Counsel of the Year Awards program or to reserve seats to the event, please visit www.njbiz.com/events or contact Erika Plateroti at erikap@njbiz.com or (732) 246-5713. 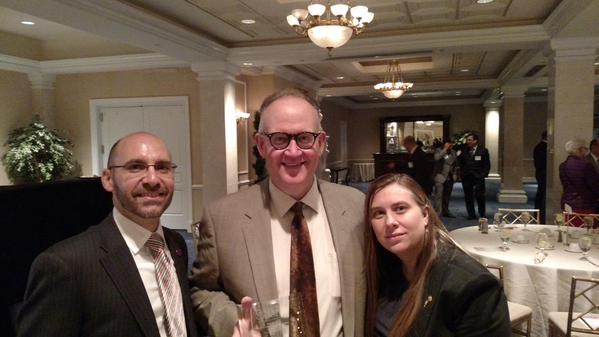