The Economic Loss Doctrine (ELD) can bar negligence claims in construction matters, but what about Fraud?
03.31.2017 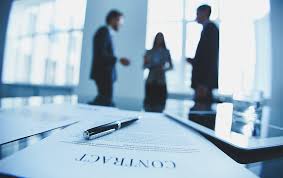 The Economic Loss Doctrine (ELD) bars tort claims when the plaintiff’s sole loss is economic in nature.  This is because there is typically no duty under tort law to prevent economic loss.  Duties in tort arise when personal injury or property damage occurs.  When parties enter into a contractual relationship the ELD tends to bar tort claims for economic loss if the contract provides a remedy, or could have provided a remedy. A contractual remedy establishes the duty flows from contract, not tort.  The ELD can also apply where parties do not have a contractual relationship with each other but have separate contracts with a third-party.  This situation is commonly seen in the construction industry where several parties (engineers, architects, general contractors and subcontractors) contract with an owner or developer, but do not have contracts with all of the parties involved.  Application of the ELD therefore prevents a party from ignoring its negotiated contractual obligations and simply bring a suit for all foreseeable damages under a tort theory.

The ELD most commonly has been applied to bar negligence claims.  But what about intentional tort claims such as fraud? Fraud claims can be fairly common in construction and other commercial litigation settings.  Fraud claims can be difficult to dismiss through motion practice as they tend to be fact sensitive and require a jury to resolve.  This can make defending fraud claims an expensive endeavor.  New Jersey State Courts have never directly addressed the application of the ELD to fraud claims, but this may be slowly changing.  I handled the case, New Jersey-American Water Co. v. Watchung Square Assocs., LLC, 2016 N.J. Super. Unpub. LEXIS 1637, where the Appellate Division affirmed the dismissal of all tort claims, including fraud claims, arising from delay damages on a construction project.  Unfortunately, the Court did not extensively address the issue and could have more clearly articulated that fraud claims were involved, but did reason that no independent duty in tort existed to prevent economic loss, regardless of whether the tort claim was based in fraud or negligence.  Instead, each parties’ duty was governed by their respective contractual obligations.

New Jersey State Courts, in the future, may also rely on the Federal District Court of New Jersey in addressing this issue.  The Federal District has reasoned that intentional tort claims that violate a specific contractual provision are barred by the ELD.  Intentional tort claims that do not have a contractual remedy though are allowed.  This test fairly mirrors the independent duty test set forth by New Jersey State Courts.  The existence of a contractual remedy illustrates that the duty truly flows from contract, and not tort.  Parties should endeavor to protect themselves through carefully constructed contracts so that they can avoid resorting to tort theories in the event problems occur so that they can avoid the uncertainty of those claims and the complexity of the ELD.

The construction law attorneys at Hoagland, Longo, Moran, Dunst & Doukas, LLP are experienced and able to help you navigate any matters that arise.  Please do not hesitate to contact us today at 732-545-4717 if you have any questions or issues you would like to discuss.