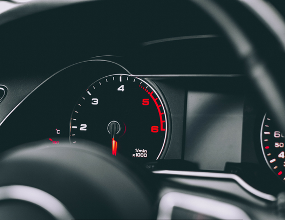 Recently, the New Jersey Supreme Court agreed to review a case involving an insurance company's denial of coverage for a 2010 drunk driving accident that killed a police officer and yielded a multi-million dollar wrongful death judgment. An intermediate appellate court previously ruled in favor of the insurance company. But the Supreme Court's decision to grant review suggests the police officer's estate may still have some hope to collect on their judgment.

Here is briefly what happened. A man brought his BMW to his local dealer for servicing. The dealership gave the man a loaner car. The dealership required the man to sign a rental agreement in which he agreed to “provide auto liability, collision, and comprehensive insurance” for the loaner car, as well as indemnify the dealership against any claims or liability incurred while using the vehicle.

The man subsequently proceeded to drive the loaner car while intoxicated. He collided with the police officer's vehicle, killing the latter. A court later convicted the drunk driver of vehicular manslaughter and sentenced him to prison.

In late 2011, the police officer's estate filed a wrongful death lawsuit against the drunk driver and the dealership that loaned him the car. The estate also served the insurance company that insured the dealership's vehicles. The dealership held both a garage policy, which had a $500,000 coverage limit, and an umbrella policy, which covered up to $10 million in excess damages.

The drunk driver eventually settled with the estate for $10.4 million. A jury later tried the estate's claims against other third parties and returned a verdict holding the drunk driver 100 percent responsible for the accident and awarding just over $10 million in damages.

The dealership's insurance company denied it was responsible for any amount of the judgment, and the Appellate Division agreed. In its unpublished opinion, the Appellate Division said that under the garage policy, the insurer was not “obligated to provide coverage when the customer has insurance with coverage that exceeds the minimum required by law.” Here, the drunk driver had his own insurance policy, albeit not enough to cover the estate's judgment. But in any event, the insurer was “not obligated to provide [the drunk driver] with coverage under the garage policy.” Similarly, the umbrella policy did not cover the drunk driver, as it “unambiguously excludes customers to whom [the dealership] has entrusted its automobiles.”

What Will the N.J. Supreme Court Decide?

If the New Jersey Supreme Court ultimately reverses the Appellate Division, it could set a significant precedent for the legal liability of rental car owners and their insurance companies.

Hoagland Longo is one of New Jersey’s leading firms in the area of automobile liability casualty defense. We have a wealth of knowledge and trial experience in both federal and New Jersey state courts defending insurance companies, their insureds, private individuals, and commercial entities against claims that arise from automobile accidents, commercial vehicle accidents, motorcycle accidents, and pedestrian/automobile accidents. Please do not hesitate to contact Joseph Leone at jleone@hoaglandlongo.com or call 732.545.4717.