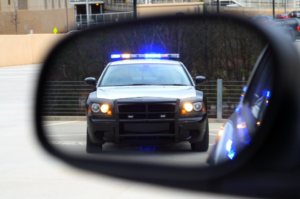 When a defendant is convicted of driving while intoxicated (DWI) in New Jersey, the municipal court is required to suspend that defendant’s driver’s license.  If a defendant chooses to appeal their conviction, their attorney will often request a stay of the license suspension.  In other words, the attorney will ask that the court allow the defendant to continue to drive until the appeal is heard by the higher court.  In State v. Robertson, the New Jersey Supreme Court recently addressed the standard for stay of a license suspension pending appeal.

Mr. Robertson was convicted in municipal court for a first offense DWI.  His license was suspended for seven months.  At the request of his attorney, the municipal court judge stayed Mr. Robertson’s license suspension, allowing him to continue to operate a vehicle while his appeal was pending.  His appeal was denied by the Law Division (the higher court).  Mr. Robertson’s attorney moved to continue the stay of the license suspension while Mr. Robertson appealed to the Appellate Division.  That request was also granted.

The Appellate Division denied Mr. Robertson’s appeal.  Mr. Robertson then appealed to the New Jersey Supreme Court, requesting a ruling on the standard for a license suspension stay in DWI cases.  The Supreme Court agreed to hear the case.

The Supreme Court ruled that drivers appealing convictions for DWI in the municipal courts should be allowed to retain their driving privileges while the appeal is pending unless the prosecution can show the stay would pose a serious threat to public safety.  This shifts the burden to the prosecutor.  Under the old standard, the appealing defendant was required to show a substantial likelihood that their appeal would be successful.  The old standard was a tough burden to overcome.

The new standard set by the Robertson Court only applies to appeals from municipal court to the Law Division.  The Supreme Court held  that a license suspension stay in an appeal from the Law Division to the Appellate Division is only permitted in limited circumstances, such as when the appeal addresses a truly novel legal question.  This is a much more difficult standard to overcome.

Based upon the Court’s ruling in Robertson, defense attorneys should have relatively easy time obtaining a stay of their client’s license suspension while an appeal from municipal court to the Law Division is pending.

A DWI conviction in New Jersey can have a significant impact on your life.  William G. McGuinn, Esq. has significant municipal court trial experience and is experienced in the intricacies of DWI law.  Should you have any questions or wish to schedule a free initial consultation, please do not hesitate to contact Mr. McGuinn at wmcguinn@hoaglandlongo.com or at 732-545-4717.