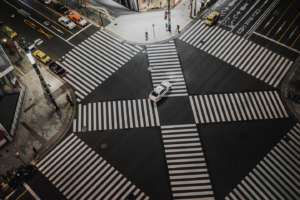 In New Jersey, insureds may purchase personal injury protection (PIP) coverage for medical expenses arising from a motor vehicle accident up to $250,000.  $250,000 is the default limit, but state law provides that an insured can select lower amounts of $150,000, $75,000, $50,000 or $15,000 per person regardless of fault.  In return, medical expenses paid or collectible under PIP are not admissible at the time of trial.  Any expenses incurred after PIP coverage is exhausted are admissible at the time of trial and potentially recoverable from the tortfeasor’s insurer.

While there is little debate that a plaintiff who selected $250,000 in PIP coverage and exhausted it would be able to submit any bills incurred after exhausting his or her PIP coverage, there was an ongoing debate in the New Jersey Superior Courts as to the issue of when a plaintiff could admit medical bills at trial when he or she had selected less than $250,000 in PIP coverage. Insureds often lower their PIP coverage down to the state minimum of $15,000 to lower their premium, which could easily be exhausted with one emergency room visit or within a short time of beginning treatment, leading to a claim for excess medical bills during the course of litigation.

In Kim v. Kim, 2010 N.J. Super. Unpub. LEXIS 2302 (Law. Div. May 24, 2010)(unpublished), a Law Division judge in Bergen County took the approach that if an insured purposely chose to shortchange himself/herself by selecting the $15,000 PIP limit and foregoing the more generous default amount of $250,000, the plaintiff was foreclosed from collecting that amount from the third-parties.  Id.  at *6-*7.  The Kim Court then held “[t]o allow plaintiff to recover these medical bills would be contrary to the purpose of the legislative policy[]” of “limit[ing] third-party claims in favor of a system that provides a tradeoff: lower premiums and faster payments of claims in exchange for the surrender of the right to sue a tortfeasor.”  Id. at *7.  Therefore, the Kim Court held that any amount under “$250,000 was excludable from evidence pursuant to N.J.S.A. 39:6A-12. Id. at *5-6.

Conversely in Wise v. Marienski, 425  N.J. Super. 110, 114 (Law. Div. 2011), a Law Division Judge in Union County reached the opposite conclusion.  The Wise Court found that the legislature provided options of amounts less than $250,000 in PIP coverage, so plaintiffs were therefore only barred from admitting evidence of medical expenses under their PIP coverage limit. Id. at 122-123.

What occurred thereafter was no uniformity on the applicable rule as some counties and some judges followed Kim, supra, and while others followed Wise, supra.  That discrepancy was effectively resolved on June 1, 2017, when the Appellate Division released its published decision in Haines v. Taft and Little v. Nishamura, 2017 N.J. Super. Lexis 64 (App. Div.  June 1, 2017). Plaintiffs Haine and Little selected $15,000 in PIP coverage. The trial Courts in Camden barred them from admitting any medical expenses less than $250,000, effectively following Kim, supra. The Appellate Division sided with Wise, holding that plaintiffs can admit expenses at the time of trial that exceed their chosen PIP limit, even if less than $250,000, and can seek to recover from the tortfeasor. The Court explained although plaintiffs pay less in premiums for a lower PIP coverage limit, they also give up the significant convenience of having substantial medical expenses paid for without regard to fault.

The takeaway is that, for the first time, the Appellate Division approved of plaintiffs bringing a claim arising out of motor vehicle accidents to offer proof of their medical expenses above their PIP limit policy amount less deductibles, copayments or exclusions, in excess of their selected PIP limit. This decision increases the value of cases in situations where a plaintiff may have chosen a smaller amount of PIP coverage but has sustained serious injuries as a result of a motor vehicle accident.  Automobile insurance carriers and adjusters will have to consider this decision when assessing their risk exposure to a plaintiff recouping medical expenses in excess of PIP limits.  Depending on an individual’s injuries and initial coverage selection, this decision allows for a considerable sum of money to be added to potential damages for a jury to consider. The Appellate Division did recognize situations may arise in the future where an insured may have medical expenses only slightly above their PIP limit, however the Appellate Division declined to analyze that situation. It is expected that this ruling will have a considerable impact on the way automobile negligence cases are handled in the future, especially when an insured attempting to seek money damages had elected for a small PIP coverage amount in the policy.

Plaintiffs still have the burden of proving the medical treatment is causally related to the accident and was necessary, and that the bills are fair and reasonable. Another related issue is at least one unpublished Law Division opinion has held that the expenses after PIP exhaustion are not subject to the NJ PIP fee schedule. Viruet v. Maoine, 2016 N.J. Super. Unpub. LEXIS 2426, *8-9 (Law Div. Nov. 4, 2016). The focus will now shift to attempting to limit plaintiff’s admission of the excess medical bills at the time of trial.

Qualified and experienced attorneys at Hoagland Longo are available to assist you. If you have any questions or comments, please do not hesitate to contact us at 732-545-4717.