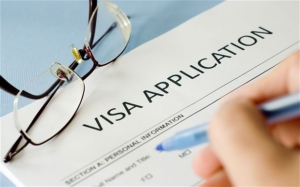 Dual intent nonimmigrant visas like the H-1 B visa and L visa are especially advantageous for companies wishing to bring highly skilled foreign citizens to the United States, since the nonimmigrant visa process is generally faster than the immigrant visa process.  The H-1B visa category permits employers in the United States to hire highly educated foreign citizens for “specialty occupations” (a position that requires a Bachelor’s Degree or its foreign equivalent in a specialized field). Examples of specialty occupations include: engineers, architects, computer professionals, professors, researchers, accountants, nurses and other professionals. The L nonimmigrant visa category permits foreign citizens to work at a branch, parent, affiliate, or subsidiary of their current employer in a managerial or executive capacity, or in a position requiring specialized knowledge.  The foreign citizen must have been employed by the same employer abroad continuously for one year within the three preceding years.

Both the H-1B and L visas are excellent alternatives to immigrant visas for domestic employers as well as their future and current employees.  The H-1B and L visa processes are again generally faster than the immigrant visa process.  Moreover, since they are dual intent visas, foreign citizens may also seek immigrant status after their arrival in the United States.  Furthermore, the H-1B and L visas afford foreign citizens the ability to travel in and out of the United States by maintaining their underlying nonimmigrant status while their immigration visa is being processed.

If you should have any questions regarding the H1-B visa, L visa, or any other immigration issue, please feel free to contact Jason Gosnell at jgosnell@hoaglandlongo.com or (732) 545-4717.